Few things are as enjoyable – and relaxing – as getting into nature and doing a little fishing – but knowing the best time to fish for trout can make the difference between getting your limit…and going home empty handed.

Timing your trout fishing trip, though, is critically important. Time of day, weather conditions, and even the season all have an impact on whether or not the Trout are going to be biting. Your best bet, though, is to head out in the early morning (within two hours of sunrise) or in the later afternoon (about two hours before sunset).

Below we dig in a little bit more to some the other best times to fish for trout, let’s give you some more insider information to help you land a few more monsters.

While trout may be particularly abundant in rivers and waterways all across the United States, they are a whole lot more elusive a fish to catch than many people give them credit for.

Trout are very instinctual creatures, always on the lookout for potential threats and dangers, and spending 100% of their time looking to maximize their energy output versus food input ratios.

Catching trout (particularly big, record-breaking trout) takes a whole lot more than bating a hook and tossing it into the water.

No, you need to think about things like the flow volume of specific waterways and how that can impact trout behavior.

You need to think about what kind of food trout might have been seeing in the last few days (or weeks), trying to match your bait perfectly.

Most importantly, though, you need to think about water conditions and water temperature to let you know whether or not the trout fishing is going to be good. 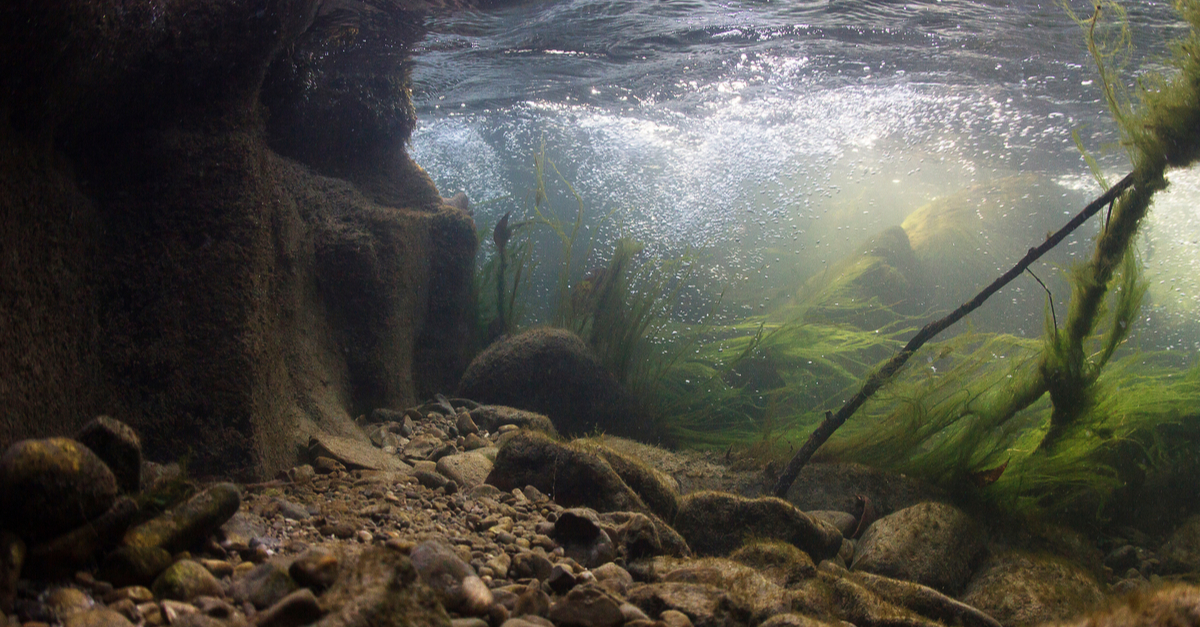 What Time of Day are Trout Most Active?

A big part of why the early morning and late afternoon are great times to do some trout fishing is because trout love water that is between 56°F and 60°F (give or take a couple of degrees).

Any colder than that and these fish have a tough time getting going, focusing instead on slipstreaming underwater and allowing food to come directly into their mouths.

Any warmer than that and trout are going to have a nightmare of a time getting enough oxygen in the water as it is, which means they’re going to spend a whole lot less time actively feeding as well.

On top of that, the reason that early morning and late afternoon fishing trips are so successful is because you don’t have a lot of light high in the sky illuminating you to these creatures under the water.

Trout have fantastic vision and are always on the lookout for dark shapes in their sky that they don’t recognize. If they spot you (or even if they spot a bird or cloud they don’t like) they are going to slip away to cover and potentially post up for the evening.

In the early morning and the later hours of the afternoon you don’t have to worry about the sun position so much. You’re able to stay hidden along the banks better than you would have been during full sun hours, especially if you keep yourself low to the surface of the water and let the refracting properties camouflage you a little more, too.

What are the Best Months of the Year to Land a Monster Trout?

As far as the best time of year to do some trout fishing is concerned, you’ll never have a bad time out on the water during the spring.

When winter finally breaks and water starts to warm up a little bit you’ll see trout really come to life. These fish are going to be foolishly hungry from a winter without insects, and that’s going to make them a little silly – silly enough to bounce up and feed on bait they might not have otherwise gone for later on in the year.

If you’re going for trout in the spring make sure that you focus on the shallows. This is where trout are naturally going to migrate as things warm up, especially since this is where they’re going to find majority of insects and worms while the rest of the water thaws out.

Trout also spawn in the spring, making them particularly aggressive and almost willing to strike at anything that drops into the water – hook or not.

There’s a lot of chatter out there about whether or not fishing during the spawn is ethical (or even fun), but make no mistake about it it’s always very productive.

You can also do some fishing in the summer and have a pretty decent time, but it’s a good idea to let trout water rest when the temperatures rise above 70° or so.

That’s when you start to see trout funnel into the deeper, cooler water. They aren’t just trying to beat the heat, though, there also tried to find as much oxygen in the water as possible. Warmer water loses oxygen much faster than cold.

Fall fishing brings a lot of the same water conditions you’d find in the spring but trout don’t seem to have the same kind of lively passion for striking in September on that they do in the spring.

Trout start to slow down, the streams start to shrink, and the insects that they feast on start to really dwindle. You can still have a couple of great fishing trips in the fall for sure, just won’t be quite as productive as it was in the spring. 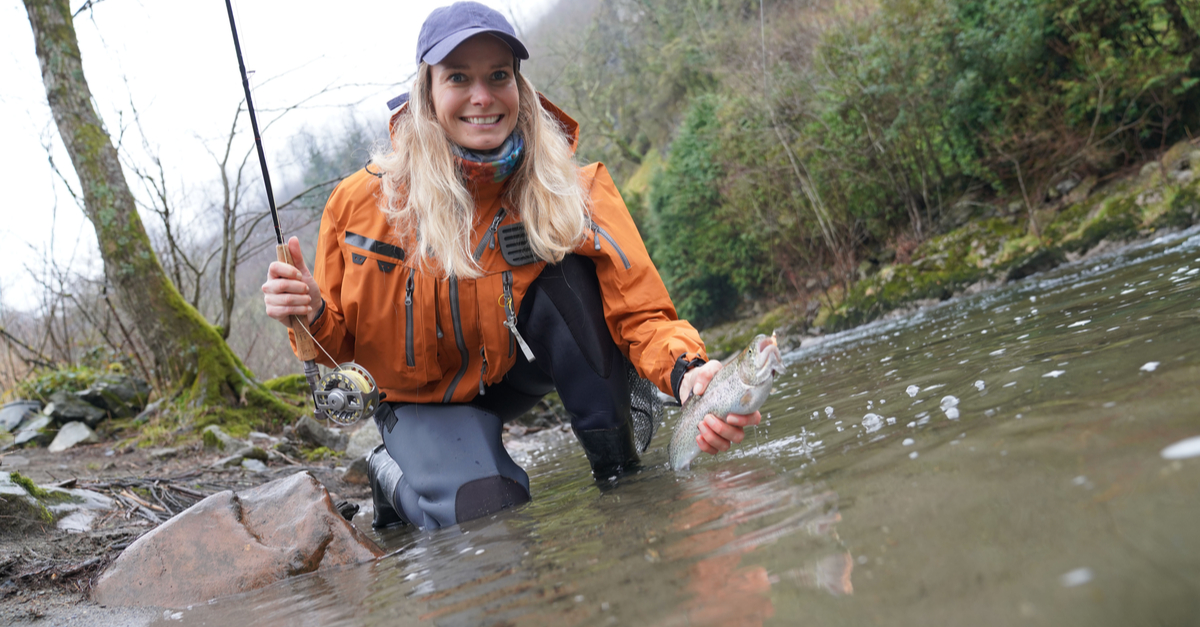 How Does Weather Impact Trout Fishing?

Weather conditions do all different kinds of things to trout.

Some conditions – like high barometric pressure conditions – make these fish go almost crazy to get caught, having them break the surface to gobble up anything they can get their hands on (including the stuff on your hook).

Other conditions – like low pressure conditions – do a real number on their tissue and their organs (especially their bladder). You’ll see the trout stop biting and they’ll head for deeper water to sort of release the stress.

Cloudy, rainy, and even snowy days can cause fish to be a little more reticent to feed as well.

Like we mentioned earlier, trout are sight eaters – they like to spot their food before they gobble it up – and are more than a little bit nervous when they don’t have the sun to help them identify predators before they get got.

Clear sky days help the trout turn out in a big way, but you have to be careful when trying to catch them when the sun is high in the sky. They’ll identify you as a predator just like anything else they don’t recognize. That’ll send them running to any bit of cover they can find faster than you thought possible. 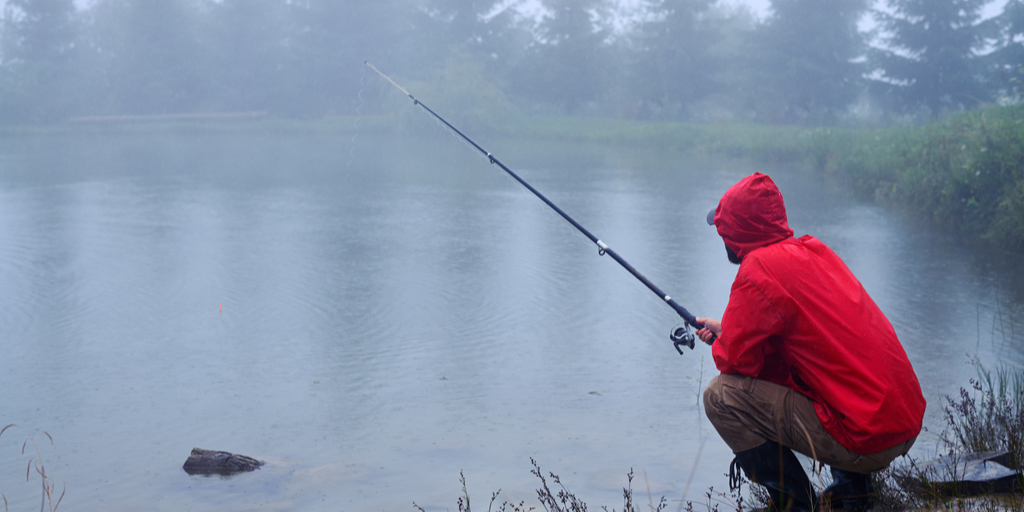 Do Trout Ever Bite in the Rain?

Trout will bite in the rain in specific conditions but they don’t love rocking and rolling in the rain quite as much as they do on a clear, nice day.

If you are going after trout in the sky starts to open up it’s not a bad idea to breakout different fly patterns or different types of bait.

Just understand if the water goes completely cold the moment that the skies open up, even if you were fishing over productive trout water a few minutes ago.

Those lateral lines that run along the back of a trout are going to get a ton of “interference” with all the droplets striking the surface of the water. That kind of confusion can drive even the bravest trout deeper into the water, under structure and cover, at least until the rain settles down.

Sometimes fishing for trout when it’s raining can feel like a bit of a crapshoot. Just know that you don’t have to leave the water the moment that rains start coming down. Every now and again you’ll hook a monster! 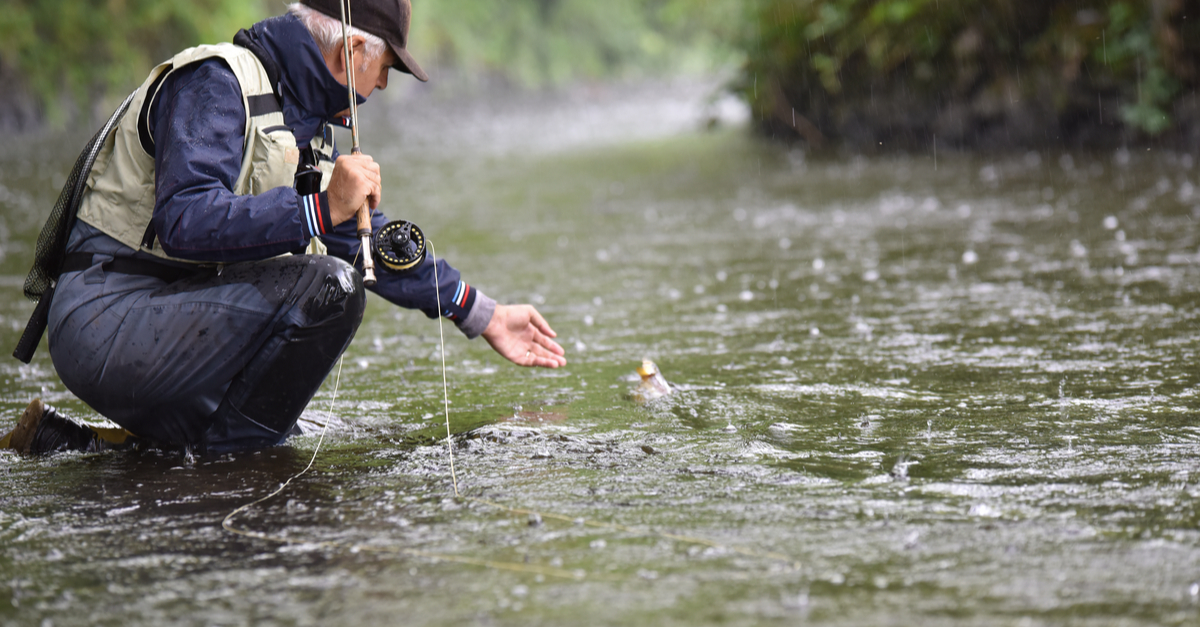 Trout aren’t the kind of fish that you can be real lazy with trying to catch.

These fish are smart, canny, lightning quick and very athletic – but they also are a natural prey animal and are going to do absolutely everything they can to keep themselves alive.

Trout are very skittish, very flighty, and always a little more skeptical about something dropping into the water rather than engaged and curious.

This is why it’s so important to try and fish for trout under the right conditions, giving yourself every opportunity to succeed.

Head out in the spring, couple of hours after sunrise or couple of hours before sunset while avoiding low-pressure days, to stack the odds as much as possible in your favor.

You should be able to land some decent sized trout with this approach!

Ready to get your rig on and head out? Start right here to learn how.

Fishing License Kentucky [How to, Where to, When] 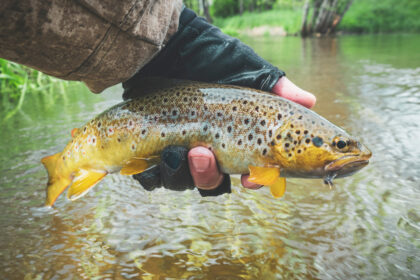 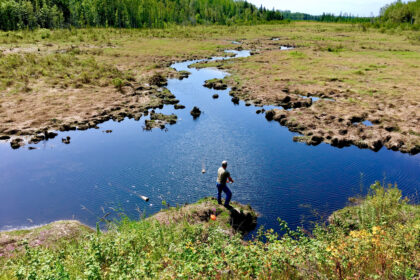 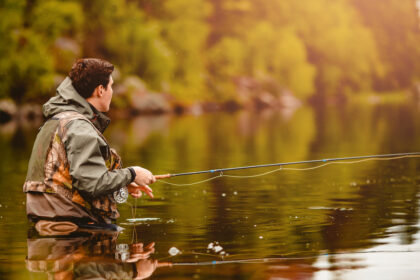 How to Trout Fish in a River